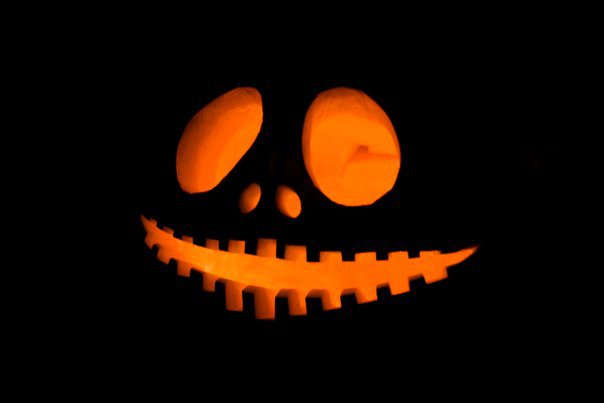 ‘Tis the night – the night
Of the grave’s delight,
And the warlocks are at their play;
Ye think that without
The wild winds shout,
But no, it is they – it is they.
– Arthur Cleveland Coxe

Ah Halloween is almost here – 8 days from today to be exact! In the spirit of Halloween, let’s do the numerology of this long-held traditional day celebration that has captivated us from its inception. Halloween is a day that continues to brim with magic and mystery. Halloween is for everyone (children and adults alike). A day that affords one the pleasure and opportunity to be as creative and imaginative as possible —  to express oneself in a completely different light – our alter ego comes out of the woodwork so to speak. Whatever it is about Halloween – it certainly inspires millions of people on one single day to be their most inventive and creative selves.

Halloween has its origins in the Catholic Church. It comes from a contracted corruption of All Hallows Eve. November 1, “All Hollows Day” (or “All Saints Day”), is a Catholic day of observance in honor of saints. But, in the 5th century BC, in Celtic Ireland, summer officially ended on October 31. The story goes that, on that day, the disembodied spirits of all those who had died throughout the preceding year would come back in search of living bodies to possess for the next year. So on the night of October 31, villagers would extinguish the fires in their homes, to make them cold and undesirable. They would then dress up in ghoulish costumes and noisily parade around the neighborhood, being as destructive as possible in order to frighten away spirits looking for bodies to possess.

In numerology, each name has an expression based on all the letters of the name, a heart and a soul based on the vowels, and a personality based on the consonants.

The expressive side of Halloween comes to 41/5 – The number 41 offers pleasures and abundance – such as candy and treats. The number 5 is associated with adventure and resourcefulness. 5 is very versatile, clever, adaptable and creative. 5 has inexhaustible energy and is hard to extinguish. 5 is also involved with superficial interaction with groups and crowds – which is the very essence of this day.

The Heart & Soul of Halloween comes to a 17/8 – The number 17 is original, daring and innovative while the number 8 is the number of recognition and rewards.

The personality of Halloween comes to 30/3 – The number 3 is a very creative number with a bent for artistic talents and the areas of visualization is represented here. The number 30 is a higher octave of the 3 with a great sense of humor and joviality.

The current way we celebrate Halloween in this country is a custom which was brought to America in the 1840’s by Irish immigrants fleeing their country’s potato famine. The custom of trick-or-treating is thought to have originated not with the Irish Celts, but with a ninth-century European custom called souling.

Souling comes to the number 34/7 – This so fits because the number 7 symbolizes mystery with study and knowledge of the unknown and the unseen. This is the number of philosophy and spirit. Seven’s are attracted to the mystical side of life. The number 34 is spiritual purity in its highest form.

Trick or Treat comes to the number 59/5 – Here we see the number 5 again.  Again, the custom of Trick or Treating originated with the custom called Souling. On November 2,  All Souls Day, early Christians would walk from village to village begging for “soul cake.” The number 5 represents freedom, change and adventure. The number 59 is a number that is comfortable with people of all walks of life and different cultures.

October 31 comes to the number 64/1 – which is very interesting as Halloween was originally celebrated on November 1, so Halloween has always retained its original number of the 1. The number 1 is the number of originality, creation, innovation and invention. The number 64 is even more creative and extremely individualistic. This day vibration resonates to showing off one’s creative side.

All Hallows Eve comes to the number 48/3 – The name number 48 is a number that wants more than the comfort of the material world – it seeks fulfillment in the spiritual realm.  The number 3 carries the qualities of manifestation and self-expression even further.

31 reduces to the number 4 – The number 4 is the number of stability and endurance. 4 is a number of law and follows a system of order.  Halloween is an ancient tradition with its own system and a structure and culture we faithfully follow. The number 4 has an endurance of its own. 31 is a number that shows off its extroverted and fun-loving side. The magic of Halloween on October 31st each year will never cease as long as we inhabit the earth, for the formation of the earth took place on the 4th day in the biblical story of creation.

Kathleen Lamoureux, Intuitive Life coach and Numerologist, is  the creator and founder of the  Numerology Zen Zone and the Wellness Zen  Zone which explores alternative therapies and self-help techniques such as meditation, affirmations, visualizations and numerology.  Kathleen helps individuals to find direction, true purpose, and to understand not only themselves, but their most intimate relationships. Kathleen reveals the meaning of names and numbers as they relate to all things metaphysical and gives private numerology readings and coaching sessions.