Father Sun moves into the sign of Cancer on Friday, June 21st. This day heralds the official beginning of summer. As we shift into another season, it is a reminder that life, once again, is cyclical and brings the magical return of Summer Solstice. It is a time to celebrate – not just the beginning of the warmth of days and joy of the summer season – but a tradition where the light is at its maximum on this one special day of the year. In the northerly regions of the World, there is over 24 hours of daylight. As we revel and bask in the extra moments of daylight, it’s both a time of pause, reflection and a time to move forward with anticipation at new and bountiful beginnings.

Summer Solstice is associated with celebration, fire, fertility, healing and magic. It is a day when the forces of nature are at their most powerful and the boundaries between the physical and the spiritual are closer than usual. It is not only the longest day of the year, but it is also the shortest night of the year. This is in effect a tipping point – forcing us to move with and experience an important cycle of nature with ritual, feelings and emotions all rolled into one.

Summer Solstice 2013 by the Numbers

This year the Summer Solstice brings about a 3-6-9 Triad – a triangle of three connected things.

Three is the result of 1 + 2 and represents a completion of a cycle – such as the Summer Solstice represents. Interesting to note that the  21st of June  is the result of 3  (2 + 1 = 3).   Many people believe that things happen in threes. Three is the spiritual number of the Trinity – the Father, the Sun and the Holy Ghost. Three is all about magic and creativity. The number 3 is a time oriented number and brings the past, present and future into play, so on Friday, June 21, ask yourself these three questions about your life in relation to the past, present and future:

If you are into the Tarot, you can pull a 3-card spread (past-present-future) on Friday and see where you are in the scheme of things.

Six is the number of family, family responsibilities, relationships, love. One of the traditional things to do on Summer Solstice is to spend time with loved ones, family and friends. Six represents love and passion and is the number of harmony . The spiritual significance of 6 deals with enlightenment and lights up areas dealing with family and relationships that require our attention. The extra hours of sunlight during Summer Solstice provides you with the time to do this as you reflect and ponder.

Nine is the number of compassion, accomplishment and completion. It is the one number that asks us to forgive and forget as it beseeches us to recognize and move through past grievances or ill will. Spiritually it represents Universal achievement  and understanding. The number 9 is the last of the single-digit numbers – as three times the number 3 = 9 representing Universal inspiration. This is what we aspire to during Summer Solstice – where the physical self merges with the spiritual self.

The World. In the Tarot, the 21st card in the deck is the World card which represents triumph, achievement, success, completion and accomplishment. Today’s arrival of the Summer Solstice means that a cycle has completed itself and a new cycle begins again. A full year has passed and many things have been accomplished during these past 365 days – significant things, insignificant things and everything else in between. Having the world at your disposal reminds you to pay attention to a sense of unity within yourself and with the universe at large. It’s also a reminder to attain mastery of yourself as you grow and accomplish. Today there is opportunity to see the bigger picture – the totality of universal understanding as well as self-understanding. Love yourself, hug yourself and believe in yourself. Endings bring new beginnings and with new beginnings, there are new opportunities. Embrace all there is.

Many blessings and enjoy the beginning of summer and as you do, acknowledge the traditions, blessings and gifts of Summer Solstice 2013. 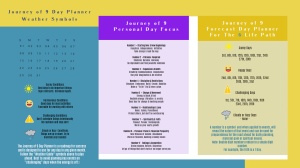 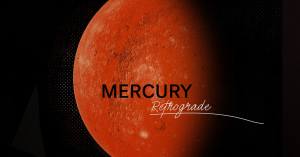